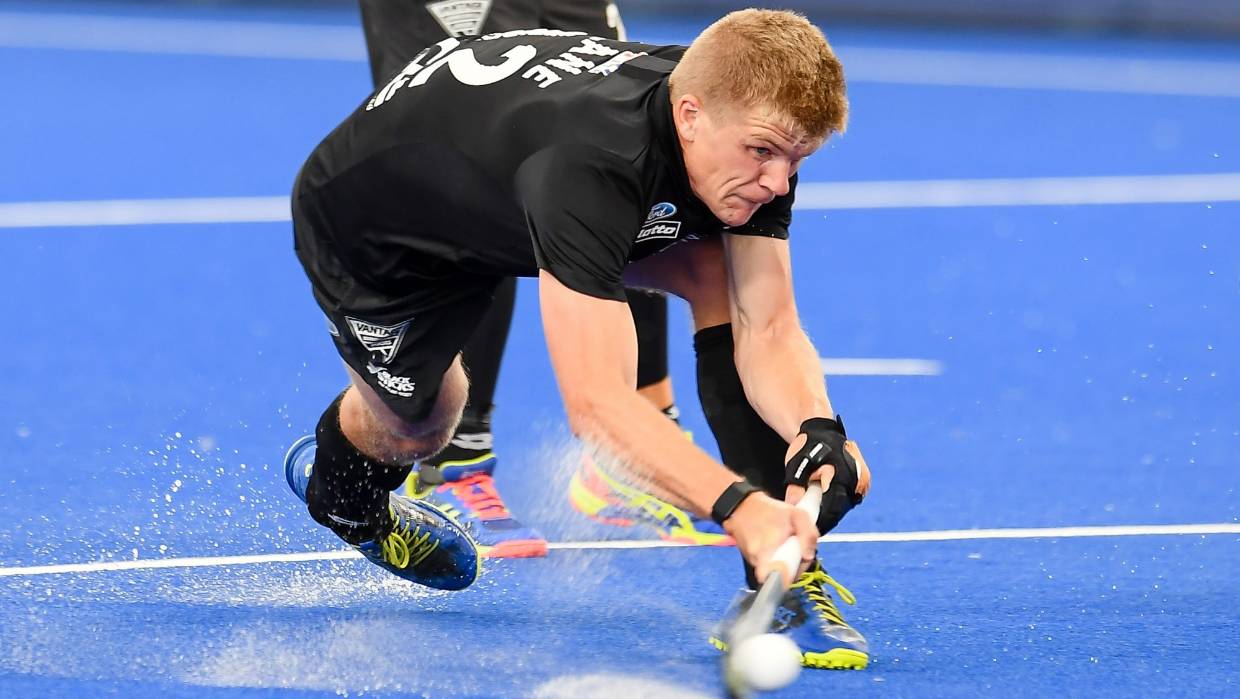 Two years ago, his hopes of playing at the 2018 Commonwealth Games were dashed due to a serious knee injury, which required two surgeries and 12 months on the sideline.

Now, he'll have to wait until next year to feature at the Olympics for the first time after Tokyo 2020 was postponed because of the Covid-19 pandemic.

Rather than get despondent, the youngest member of the Black Sticks men's squad at 22, is remaining philosophical. 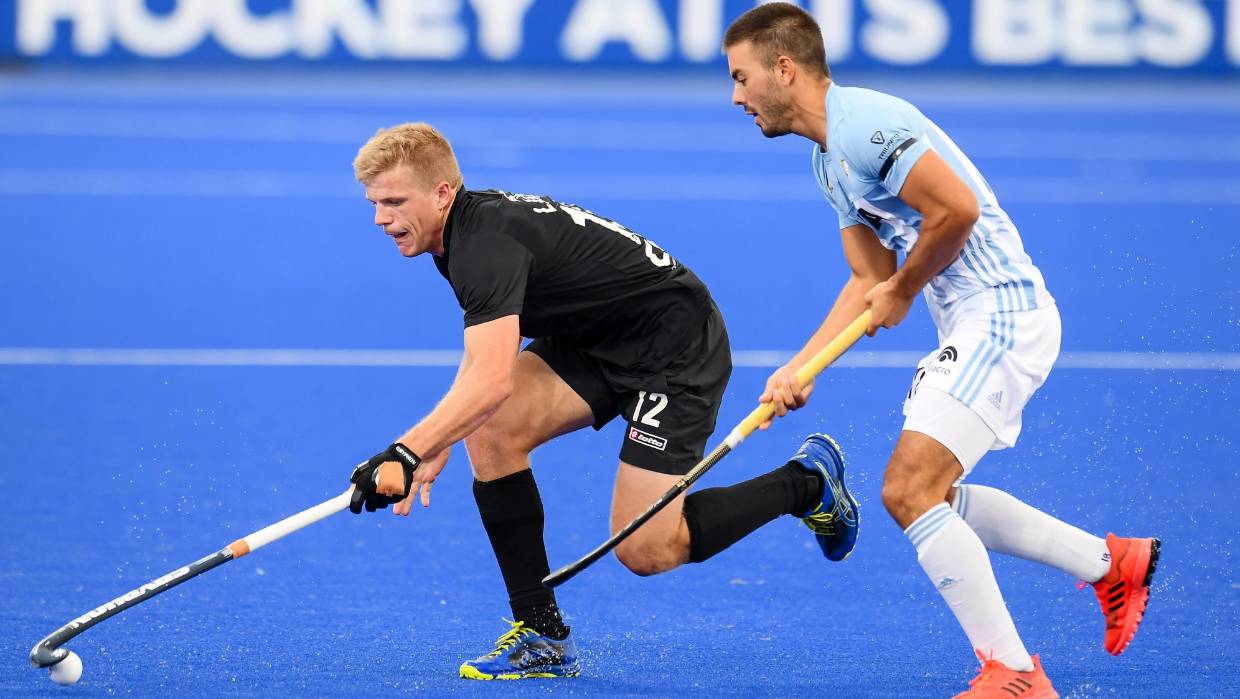 "It's kind of nothing compared to what many other people are going through [with Covid-19].

"At the end of the day we're just players and all we do is run around with a hockey stick and chase after a little white ball. I think putting that in perspective, compared to many other people in the world, we're pretty lucky."

Representing New Zealand at the Olympics had been Lane's dream for the past eight years, but he has time on his side.

With Tokyo 2020 pushed back until the second quarter of next year, several Black Sticks veterans will be another year down the track in their careers. Some might lose form or fitness and be overtaken in the pecking order.

The Black Sticks hadn't finalised their Olympics squad, before the coronavirus outbreak caused havoc around the world. Striker Lane, who has gained 65 caps since debuting in 2016, would have been a near certainty to attend his first Games. 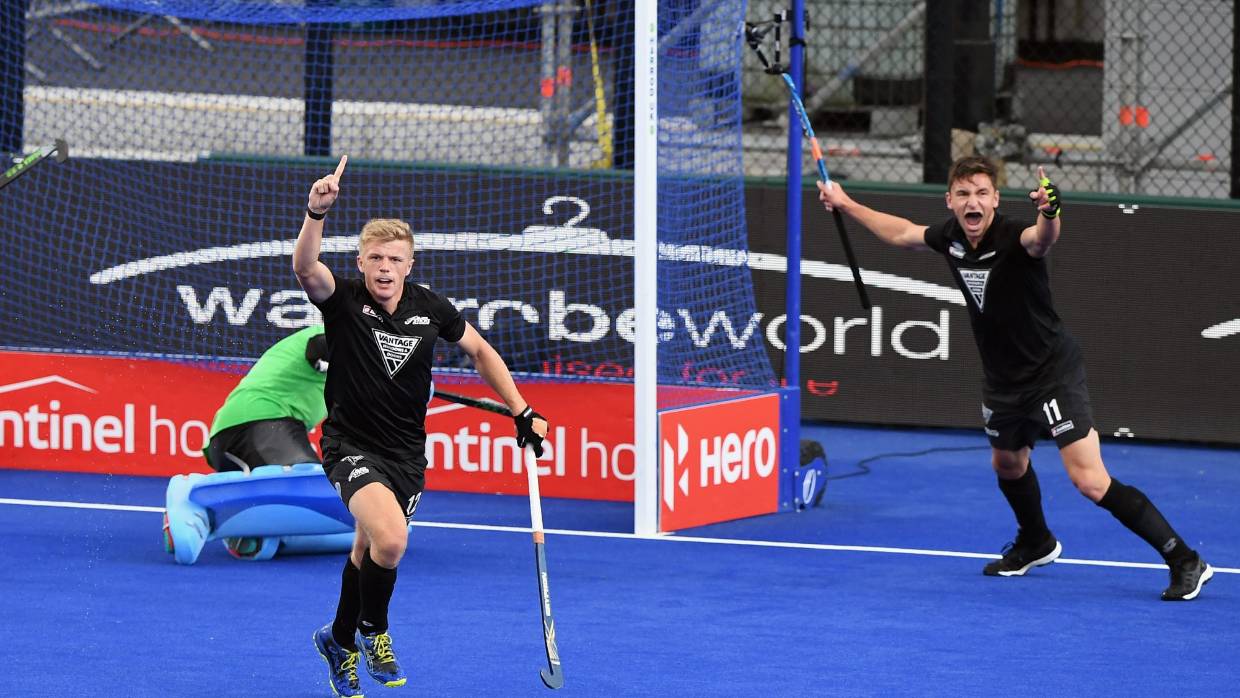 In New Zealand's last match in February, he struck twice against Argentina in Christchurch in what could be the Black Sticks' final outing for a while.

Had the global health crisis not hit, the Black Sticks would have just completed Pro League games in Netherlands and moved onto Germany.

"The Olympics is just huge for hockey. I've been looking at this for a very long time. I also had the Commonwealth Games taken away from me through injury, so this meant a little bit more to me.

"It's not just the hockey team, I think everyone is just going to have to grow and as New Zealanders we deal with adversity not too badly, so I think if anything it's probably almost a strength for us."

Lane was determined to make the most of the unprecedented situation facing athletes worldwide. When the Black Sticks eventually come back into camp he wanted to be at his best conditioning-wise.

Auckland-based Lane had returned to his family home in the South Canterbury town of Temuka for the four-week lockdown. ​

He was being creative with his training, using his father's gym equipment and a resistance band to carry out his planned programme. With the hockey turf off limits, he was using the backyard to work on his dribbling skills.

"It's a bit hard when you're a striker and you just want to shoot all day."

Lane believed the standard of hockey at the rescheduled Olympics would be extremely competitive. Had Tokyo 2020 gone ahead, starting in July, preparations would have been severely disrupted for players and teams in the midst of Covid-19.

"When the team does go [to the Olympics], all the best teams are going to be there and everyone is going to be peaking.

"There's really going to be no excuse and if you can topple the other opposition, the best in the world, when they are at their best, then it's going to be a pretty cool memory to have if the boys can do it."

After a trying 2019, the Black Sticks men had produced some encouraging results to start the year, beating Argentina, Spain, and Great Britain in a shootout.

Lane felt they were tracking in the right direction for the Olympics before the pandemic.

"Last year we definitely struggled against all these teams, but this year we were starting to beat them and we were learning how to win and were feeling really good.

"We didn't even have our best team out on the field by then as well. We were looking pretty good. To take a little bit of a step back is a bit of shame, but I think we'll bounce back stronger." 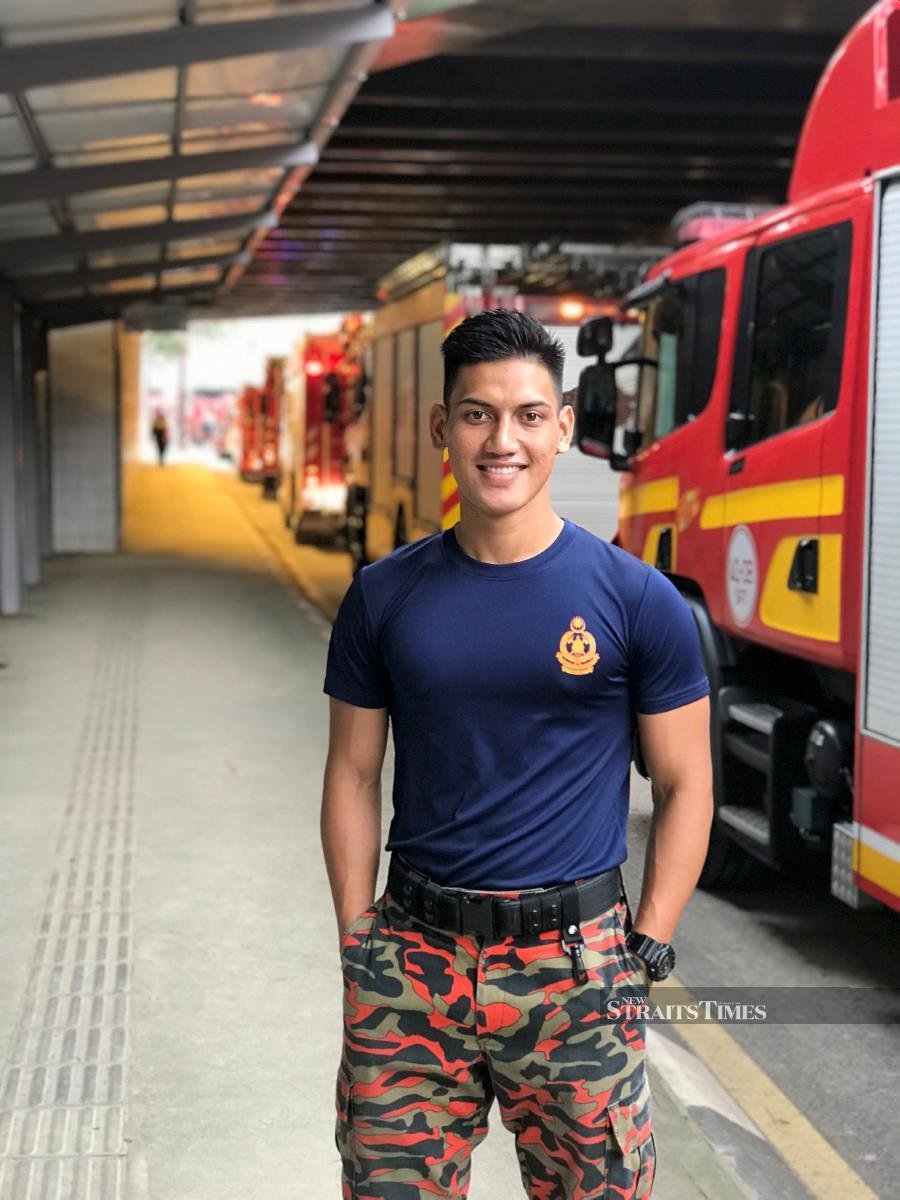 Wan Hazrul Wan Nawi is with the Fire and Rescue Department of Malaysia.

WHILE most athletes are staying indoors and keeping fit during the Movement Control Order (MCO), hockey player Wan Hazrul Wan Nawi is battling the Covid-19 pandemic as a frontliner.

The 25-year-old, who was part of the 2016 Project squad, is a fireman with the Fire and Rescue Department of Malaysia.

Wan Hazrul, who featured for HockAdemy in the recent Malaysia Hockey League (MHL), together with other firemen have been entrusted to disinfect planes and passengers arriving from Iran and Italy, who have been hit hard by Covid-19.

“We at Bomba are always ready to serve the nation. Our main duty now is to disinfect planes as well as passengers who arrive from Iran and Italy.

“We were also involved in the disinfection process in areas hit by the virus,” Wan Hazrul posted on the HockAdemy Facebook page.

The HockAdemy player is also on standby and is ready to spring into action together with his peers if needed at the Sungai Buloh Hospital — the country’s battle-front for Covid-19.

National players — Razie Rahim, Nabil Fiqri Noor, Farah Ayuni Yahya and Noor Hasliza — are all police officers and are on duty during the MCO.

First time South African indoor provincial representation for Beaulieu Hockey Academy players brings about a sense of excitement and will to grow. Sanele Mchunu of the Beaulieu Hockey Academy senior side will make his debut for the Witsies men's side in the indoor hockey interprovincial tournament. Photos: Khomotso Makgabutlane

A number of Beaulieu Hockey Academy players from the premier men’s division were called up to represent their province in the Southern Gauteng Witsie team.

The Southern Gauteng Hockey Association (SGHA) capping ceremony took place on the evening of 9 March. The team travelled to Ballito to compete in the indoor Interprovincial Tournament from 11 to 14 March.

Grade 12 learners, Phemelo Ramatlotlo and Sanele Mchunu from the Beaulieu Hockey Academy, were awarded their first caps and expressed shock and excitement after hearing the news.

“At first, I didn’t believe it. We were invited to trials, but I didn’t want to go since a lot of the older guys would be trying out so I didn’t think I’d make it,” said Sanele who has been playing indoor hockey since the age of 11. Sanele Mchunu and Phemelo Ramatlotlo were awarded their first caps for the Witsies men’s team for the indoor hockey IPT taking place from 11 to 14 March. Photo: Khomotso Makgabutlane

Phemelo was grateful for the call up as he has faced many challenges in the sport. “I’ve had a really rough ride with hockey, it’s been on and off. In December I was in good form, but I didn’t trial. My coach encouraged me to go to the trials,” he said.

“My goal in going to trials was to gain experience. All the older keepers have played and have their caps.”

Sanele and Phemelo both praised their coach Reza Rosenberg for his guidance. Sanele said his goal for the tournament was to get some recognition for his play and skill. Just before going to the tournament, he was announced in the South African U18 men’s squad to take part in the outdoor hockey IPT scheduled to take place from 20 to 25 April. However, the South African Hockey Association has made the decision to postpone the IPT indefinitely due to the coronavirus outbreak.

“Every player that I’d be playing against is my idol. I think of Jethro Eustice and all those top players who were at my younger tournaments and shaking my hand, it means a lot to get the chance to play against them,” Phemelo said.

The young squad was coached by Rosenberg who has represented South Africa a number of times. The Witsies men came back with the seventh place after winning their shoot-outs 3–1 against Northern Blues after tying three-all during normal play.