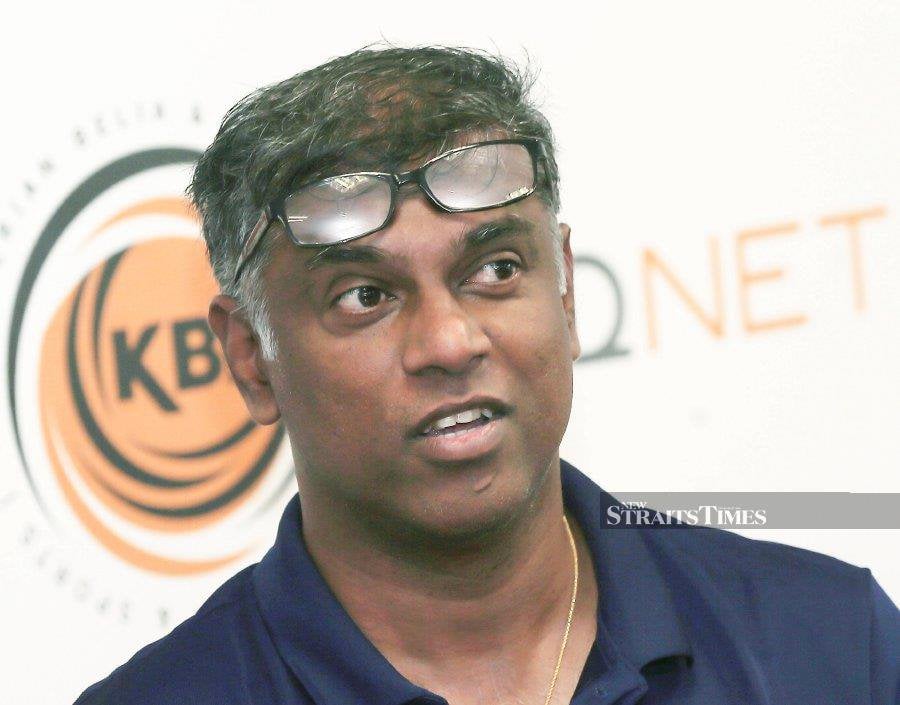 He will be the second man in charge after national coach Roelant Oltmans, whose contract expires at the end of the year, while assistant coaches Amin Rahim and Nasihin Nubli will be below him.

Arul is no stranger to the national set-up as after retiring as an international he had done coaching rounds in Malaysia, South Africa and Ireland before making a return.

"We have appointed Arul as our chief assistant coach and he starts work on Aug 15," said MHC president Datuk Seri Subahan Kamal.

A call was made to Arul, who was supposed to return to Dublin after guiding UniKL to a Malaysia Hockey League (MHL) treble in February, but it turned out to be a local connection.

"I have been here for 15 days with the first 14 days spent in quarantine, and I will return to Dublin soon.

"It is a pleasure to work with the MHC again. I believe the experience I had gained while working in Malaysia under Paul Lissek, and in South Africa and Dublin under Paul Revington will come in handy.

"I am no stranger to the national players as well. Many were under me at UniKL," said Arul, who was handed a two-year contract by the MHC.

Arul was assistant to Revington when Malaysia ended fifth in the 2013 World League Semifinals to qualify for the 2014 World Cup.

But both left in a huff five months before the Hague World Cup, and K. Dharmaraj took charge of the team.

"The immediate tournament would be the Asian Champions Trophy (Nov 17-27 at the Maulana Bhasani Hockey Stadium in Dhaka, Bangladesh), and I will work with Oltmans to get the best results. After that, we will formulate long-term plans for the nation," Arul added.

It was also revealed yesterday that the parent body are working in the shadows to prepare formidable men and women's teams for the 2026 Asian Games.

Ashok Kumar, a key member of India’s 1975 World Cup-winning hockey team, will be conferred with the Lifetime Achievement Award by Mohun Bagan football club on the occasion of its foundation day.

It will be a virtual ceremony in the wake of the COVID-19 pandemic.

“We will record the presentation of the award and also their individual messages which would be shared on our social media platforms,” Mohun Bagan general secretary Srinjoy Bose said in a statement.

Son of hockey wizard Dhyan Chand, Kumar scored an important goal in the gold medal match for India against Pakistan in the 1975 World Cup in Kuala Lumpur.

Kumar, who moved to Mohun Bagan in the late 1960s and also represented Bengal before getting selected in the Indian hockey team, also won three consecutive silver medals in the Asian Games (1970, 1974 and 1978).

Mohun Bagan Day is celebrated every year on July 29 to commemorate their IFA Shield triumph in 1911 when they had won the tournament defeating East Yorkshire Regiment 2-1, thus becoming the first Indian club to end the British stranglehold.

“But amid the current circumstances, this year the club executive committee has decided not to celebrate the Mohun Bagan Day by organising a physical programme,” Bose said.

The club’s footballing rights was recently acquired by the RP Sanjiv Goenka group which holds a majority stake of 80 per cent. The new entity is called ATK Mohun Bagan FC.

This year’s Mohun Bagan Ratna would be presented to Gurbux Singh and Palash Nandi, the club stated in the release.