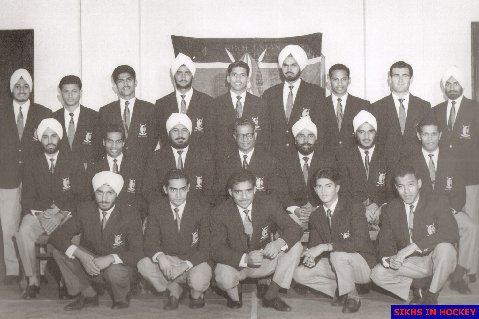 Born in Kisumu, Kenya on 25 June 1941, he made his international debut in 1958 when he was selected to play against England in Nairobi, Kenya.

He played for Goan Institute Nairobi and was a member of the team that won the famous M. R. D’Souza Gold Cup in 1961.

He represented Kenya during the period when the country was at her peak in international hockey and was a powerhouse in world hockey. Kenya played India and Pakistan regularly, both home and away. Kenya finished 6th at the Tokyo 1964 Olympic Games, the best position in the country’s Olympic history.

Egbert was a member of the Kenya team that toured India in April 1964. Kenya defeated India 0 – 3 on their home soil in the 5th test match in Jubalpur with centre forward Egbert scoring two goals. Six months later, the same Indian team won the Olympic Gold in Tokyo.

On hearing the sad news Jack Simonian, Egbert’s team mate at the three Olympics said “very saddened to hear about Egbert passing away. I can still remember him in his slim and lean body dribbling the ball past a lot of opponents with a ‘faint’ of his body”.

His funeral service is in Canberra on Friday 14 November 2014.

Egbert is survived by his wife Bertha, sons Vincent and Wallace and daughter Joanne.