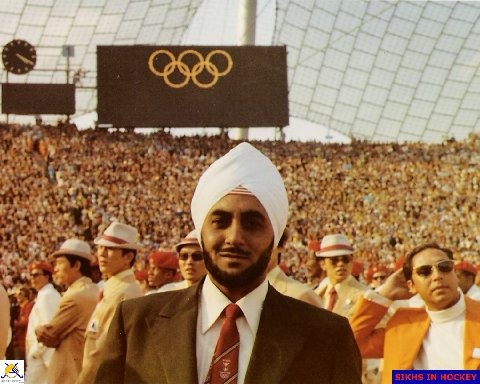 Jagjit Singh Kular who represented Kenya at Mexico 1968 and Munich 1972 Olympic Games passed away in Toronto, Canada on Monday 12 June 2017. He was aged 75.

On hearing the sad news Surjit Singh Rihal, the former Kenya Captain and his team mate for much of his playing career said ”We studied together at Lyallpur Khalsa College Jalandhar, played hockey together for Lyallpur Khalsa College, Punjab University and for The Rest of India Teams in the late sixties. We then both moved back to Kenya where we played for Sikh Union Nairobi and the Kenya Teams. We represented Kenya at Munich 1972 Olympic Games and the World Cups in Barcelona 1971 & Amsterdam 1973. He was a very good centre forward and an inside right player. He was very crafty in the circle and scored many goals for all the teams he played for. We later worked together (1992/1993) in Montreal where he was the Technical Director and l was the Coach of Quebec Field Hockey Federation”

Avtar Singh Sohal, Kenya’s captain at Mexico and Munich Olympics said “I have lost a great friend and a great sportsman. We played together for many years for Kenya and Sikh Union Club Nairobi. His contribution to hockey was immense both in Kenya and Canada.”

Jagjit was born on 16 April 1942 in Mombasa, Kenya. His parents had emigrated to Kenya from Punjab in early 1920s. He started playing hockey whilst studying at Primary School and continued playing when he moved to Technical High School, Nairobi.

He went to India for further studies in 1964, played for Lyallpur Khalsa College Jalandhar until 1969. The College team won the Inter-College Championships during this period. He was the captain of the Punjab University hockey team in 1968. He went on to represent Rest of India against the Indian National team in 1968.

He earned his first international cap for Kenya when he was selected to play against India in the 4 Test series in India in 1969. He represented the National team until 1973.

He was selected to represent Kenya at the Barcelona 1971 and Amsterdam 1973 World Cups.

He was selected to represent Kenya at the Mexico 1968 and Munich 1972 Olympic Games.

He was the manager of the Canadian team which toured Italy and Spain in 1992.

His funeral will take place on Tuesday 20 June at 11am in Toronto.

He leaves behind his wife Sukhi, two sons Kiran and Aman and grandson Ajay.