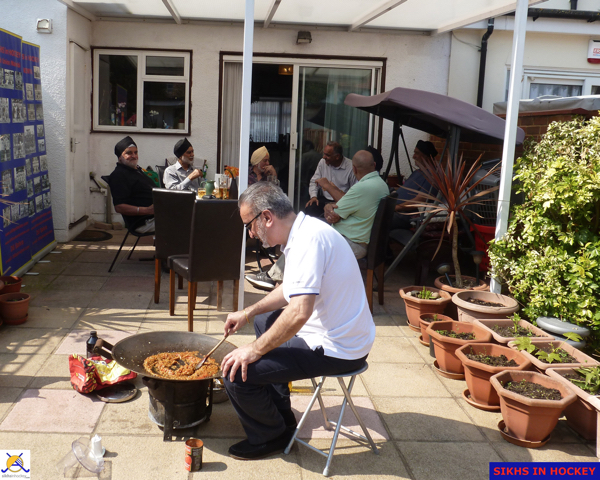 Rodu Bharaj doing what he enjoyed most – Koroga for his friends

Nirpal Singh Bharaj, fondly known as Rodu, a hockey personality both in Kenya and London died suddenly on Friday, May 25. He had just turned 60.

Rodu was born on 14 February 1958 in Kampala, Uganda.  He grew up in Nairobi, Kenya.  His family moved to Eldoret in December 1964 and Rodu studied at Uasin Gishu Primary School, Eldoret.

In December 1969 the family moved back to Nairobi and Rodu studied at Parklands Goan Primary School and Nairobi School. He played hockey for his school teams. He also played for Sikh Union Nairobi Tigers team whilst in Nairobi.

In November 1975 the family emigrated to the UK. He played for Ford Hockey Club in East London, Slough and Old Loughts H C.

A knee injury forced him to retire from playing hockey. He then took up golf instead and was a member at Woolston Manor Golf Club in Chigwell, Essex.

Surjit Singh Rihal, former Kenya Captain (1973 – 1981) and Olympian said “Rodu was my ex-student at Nairobi School who had developed an interest and love with hockey at an early age. This is shown by him going to so many Olympic Games and World Cup tournaments to watch the hockey matches. He loved to discuss new players and team performances.  A wonderful cook and host. Will always remember him for the party he hosted for about 10 Olympians and World Cup players at his house just about a month before he passed away. May Wahe Guru give peace to his soul and strength to his family to overcome this difficult time.” 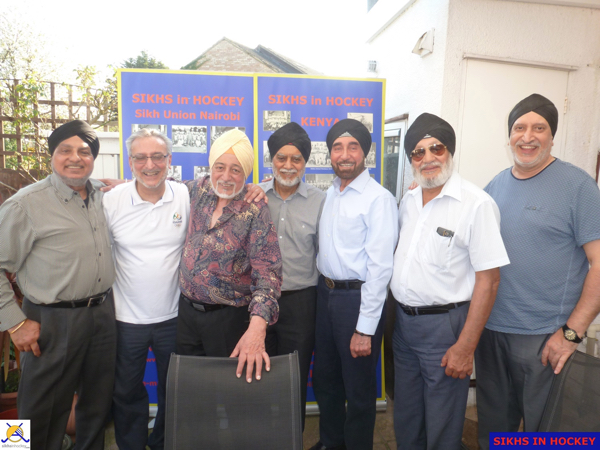 Surjeet Singh Panesar (Jr) (Sindh), Kenya’s 4 time Olympian said “ Rodu was my greatest nephew. He loved everybody from his heart. He only gave love and help to everyone without any expectation in return. Rodu made the effort to gather my old friends (about 10 Olympians & World Cup players) at his house when l was recently in the UK. Shocking news that he has left us so soon after that. May Wahe Guru give peace to his soul and strength to his family for this loss.”

Avtar Singh Sohal, former Kenya Captain (1962 - 1972) and four times Olympian said “We will miss him dearly. We watched hockey together in Rio de Janeiro during the Olympic Games in 2016. Nirpal was a truly remarkable sportsman who radiated warmth and happiness where ever he went. He recently donated generously towards the Sikh Union Nairobi turf pitch. He was a true hockey supporter.”

Jitender Singh Paneasar, Kenya’s Olympian at Los Angeles Olympics, who was his team mate at Ford’s said “I’ve known Rodu for over 30 years. We played hockey together and have been friends ever since. He was a wonderful, humble friend who supported me over the years, and we always had a laugh together.  My memories of him will always be cherished. He will be missed dearly.”

Jujhar Singh Plaha, a keen hockey fan himself, having attended ten Olympic Games and eight World Cups said “Rodu was an ardent hockey fan, often to be seen cheering from the stands at international events. A gregarious and amiable chap, whose company was never dull as he kept friends enthralled, greatly enhanced due to his cheerful demeanour.”

To me, Rodu was a good friend and family member.  He was a great supporter of my Sikhs in Hockey website. He was also an excellent contact in relation to Kenya . He had contacts scattered all over East Africa. As Rodu’s father, Parminder Singh (Pito)  and grandfather, Kartar Singh, were both in the Kenyan Police, he was instrumental in obtaining information for my research into the Kenyan Police. Rodu was a contact you could rely on. He attended so many Olympic Games and World Cups and always bought back souvenirs from these travels.