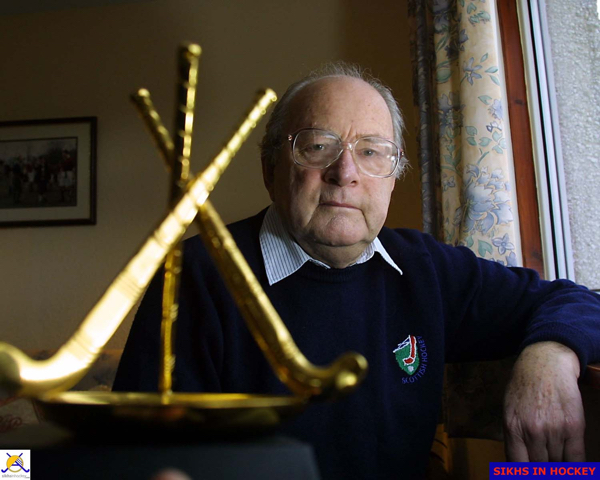 It is with sadness that we learn of the passing of Ernest ‘Ernie’ Wall on Sunday November 15, 2020 at Windyhall Care Home, Ayr in Scotland. He was aged 95.

Ernie’s career in hockey spans more than 70 years, starting during his war service in India in the 1940s. When he was demobbed in 1947, he joined Inverleith Hockey Club, and was still a non-playing member until very recently.

Ernie was also involved with the International Hockey Federation, with Scotland joining the FIH in 1970, and was Indoor Hockey Committee secretary between 1970 and 1988, as well as an elected member of the FIH Executive Council in 1980. He was also a member of the Technical/Equipment committees. He was awarded with the F.I.H. Order of Merit in 1988. 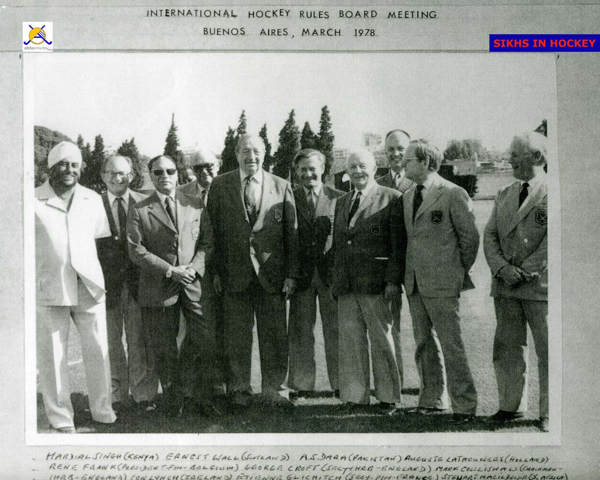 Ernie also has a long involvement with the Hockey Rules Board, which celebrated its centenary in year 2000. He was the longest serving member of the board, having joined in 1969 and retired in 2002.. He specialized in indoor hockey rules.

His long service to the sport was also recognised in 1982 when he was awarded the OBE for services to hockey.

He had also been involved in a number of Olympic Games as an official and had a keen interest in the history of hockey. And he was a passionate collector of hockey stamps. This is where our friendship grew from 2000 when I became the secretary of Hockey Writers’ Club.

Ernie was the first winner of the Friskin award in 2000. The award was made annually to a UK individual for Outstanding Services to the Sport of Hockey by The Hockey Writers’ Club in memory of Sydney Friskin, the respected correspondent of The Times.

I had the pleasure of meeting him and presenting the award during the Olympic Qualifier in Edinburgh in 2001. In 2006 I visited him at his home in Peebles to see his hockey stamp collection. We exchanged news on stamps regularly. 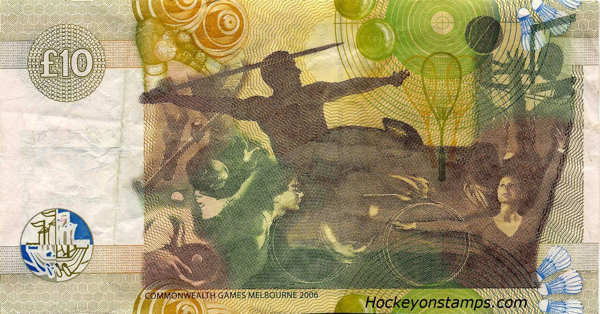 In 2006 when an image of a hockey was printed on a Scottish ten pounds note (Commonwealth Games Melbourne 2006), he wasted no time in ensuring that he sent this note as a gift to be included in Hockey on Stamps website. 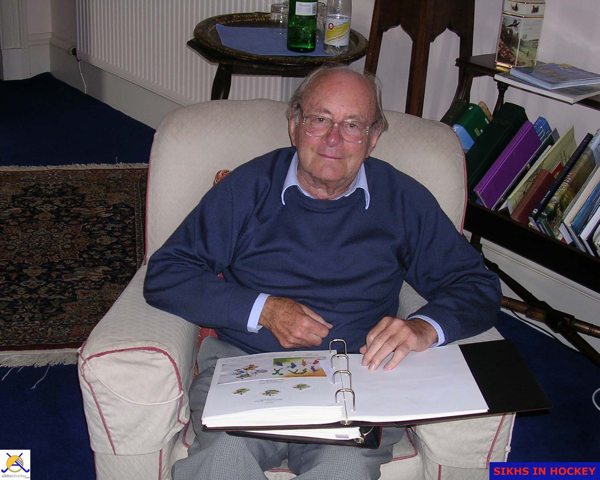 Ernie with his hockey stamp collection in 2006

Ernie was the major contributor to "One Hundred Years of Scottish Hockey", a lavish book published to mark the centenary of the Scottish Hockey Centenary Celebrations and Tournament; and produced pamphlets on the history of Indoor and Outdoor Hockey Rules. He shared many of the photos with me, particularly relating to Indian hockey. It was through him that I learnt of Colonel Bruce Turnbull who became the first President of Indian Hockey Federation in 1925. As it happened, I wrote an article on Bruce Turnbull in August 2020 and spoke with Ernie on the phone in June this year.

He was a great supporter of my Sikhs in Hockey website. With his vast knowledge of hockey around the world, he provided information on the contribution of Sikhs worldwide. If it had not been for Ernie, I never would have known that Sikhs were playing hockey in Palestine. Ernie recalled playing hockey with Sikh Regiments when he was stationed in Palestine back in 1940-41.

Ernie contributed to The Hockey Museum with many items when the Museum was established in 2011. He would post the items to me to take to the Museum, never accepting any money or reimbursements in return.

Leandro Negre, past President of International Hockey Federation (F.I.H.) and past President of European Hockey Federation (E.H.F.) paid this tribute to Ernie Wall "It is a very sad news. Such a lovely man. I will pray for him...I always got good advice and wisdom from him.  I will keep forever his memory." He then went on to say how much he appreciated Ernie who introduced him in official hockey circles and appointing him as a member of the Indoor Committee.