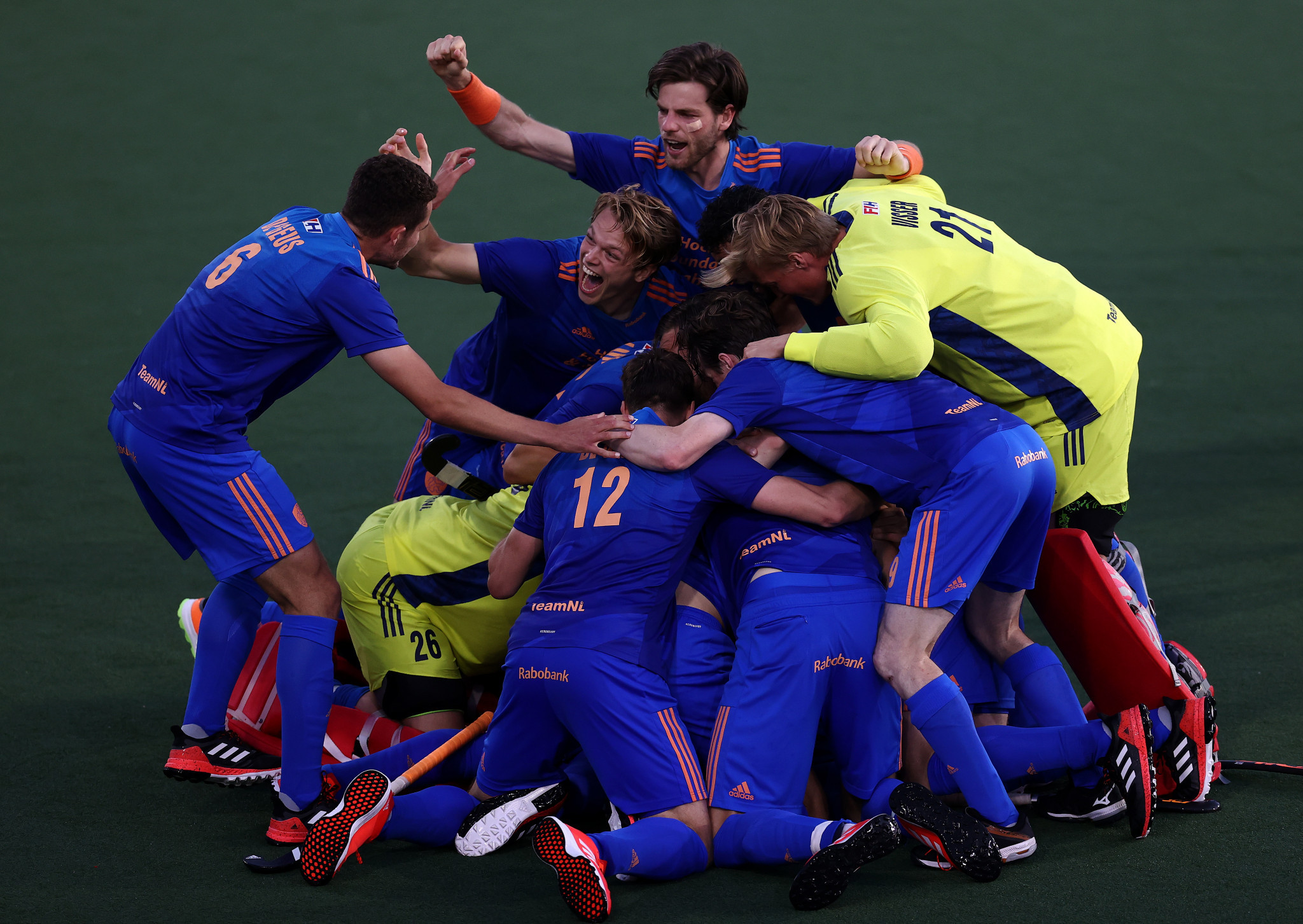 The Netherlands beat neighbours Belgium in a dramatic men's EuroHockey Championship semi-final which featured three goals in the last 10 minutes and a shoot-out, won by the host nation.

The Dutch knocked out the world champions and defending European champions as goalkeeper Pirmin Blaak was beaten only once in the shoot-out.

Nico de Kerpel had given Belgium the advantage in the semi-final in Amstelveen, found in space in the D and allowed to convert, but the hosts responded through Seve van Ass eight minutes from time.

Belgium went straight up the other end and scored, Alexander Hendrickx bagging his fifth goal of the tournament, but Jip Janssen levelled once more from a short corner and that sent the game to a shoot-out.

When Thijs van Dam scored and Arthur van Doren missed in the fourth round, the Dutch had a chance to go 3-1 up in the shoot-out and win it.

Jorrit Croon found the roof of the net with a smart, reverse-stick effort, delighting the home fans and sending The Netherlands to the final.

Germany await after they beat England 3-2 in the other semi-final.

Martin Häner, Martin Zwicker and Niklas Wellen all scored inside 13 minutes as the Germans raced into a 3-1 lead, slowed only by Adam Dixon's goal for the opposition.

England pushed for a way back into the match but were regularly thwarted by shot-stopper Alexander Stadler.

Sam Ward did score in the 59th minute, but there was to be no grandstand finish as Germany held on for the win.

The final is scheduled for Saturday (June 12), with the women's EuroHockey Championship taking centre stage tomorrow.