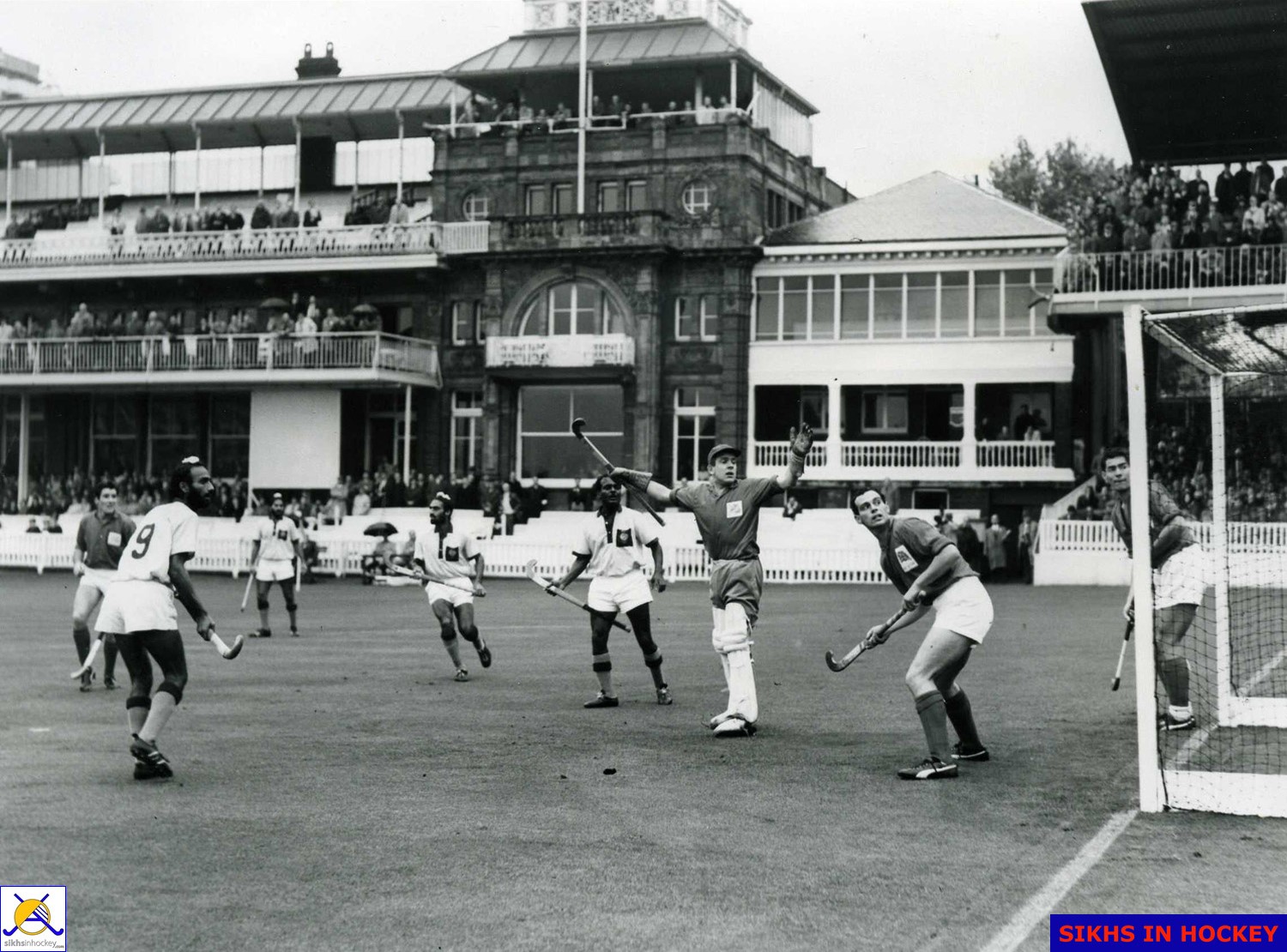 Lord’s Cricket Ground, referred to by many as the ‘home of cricket’, is the most revered cricketing arena in the world.

The hockey family is no stranger to Lord’s. In 1967, 12 of the 30 games in the London Pre-Olympic Hockey tournament were held on the hallowed turf.

This tournament was billed as the first big international hockey event in England since the London 1948 Olympic Games. Twelve teams, all preparing for Mexico 1968 Olympic Games were invited with matches scheduled at Lords and the Oval. 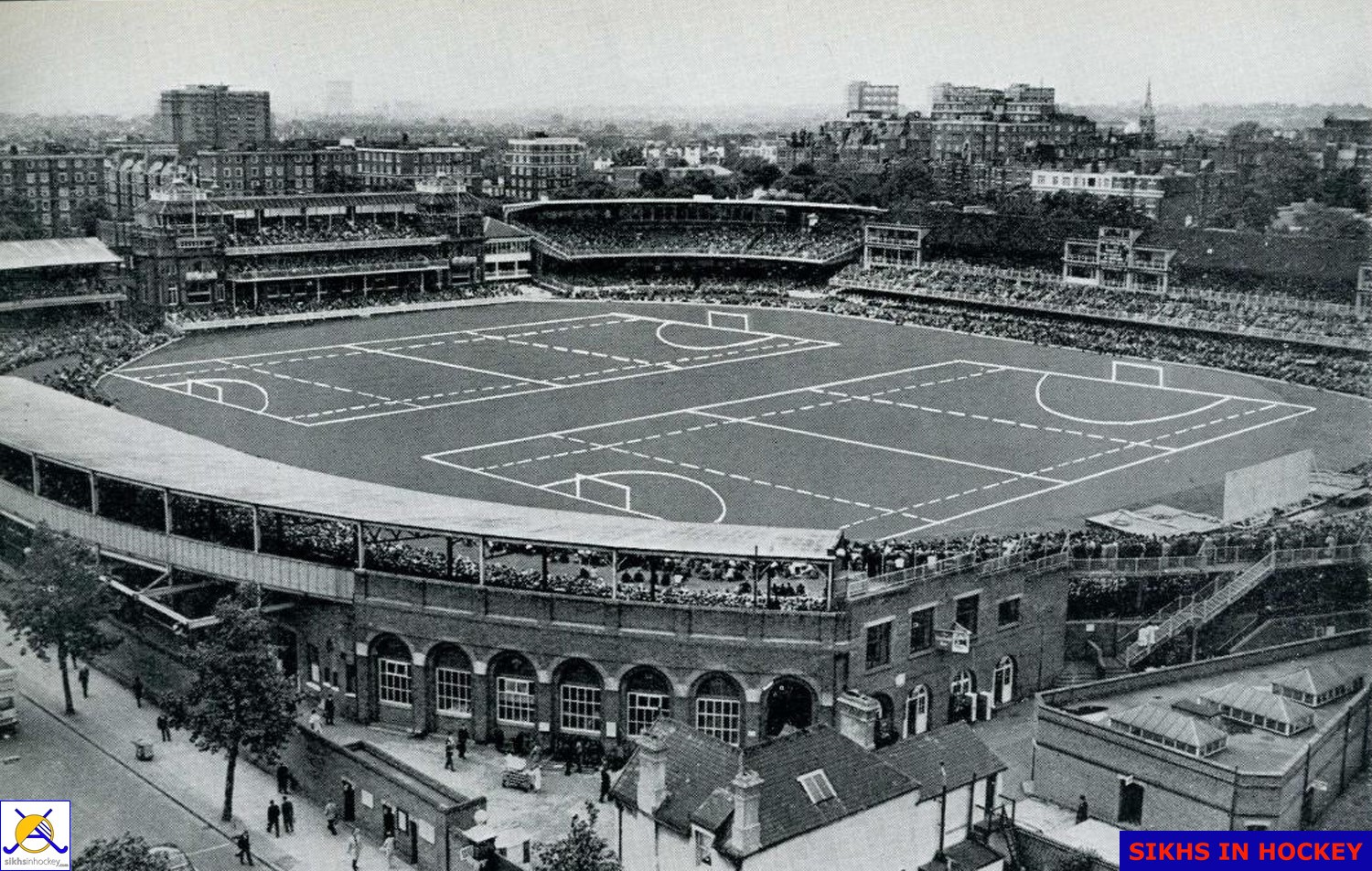 The pitch markings at Lord's Cricket ground in 1967

The opening match of this six day tournament was at Lord’s between Great Britain and India on Monday 16 October 1967. Two pitches were laid at Lord’s. The other match, scheduled at the same time, was between Spain and German Democratic Republic (GDR).

The Duchess of Kent was presented to both teams before the start of the match. Gurbux Singh, the Indian captain, had the pleasure of introducing his team, which included seven Sikh players to the Duchess. 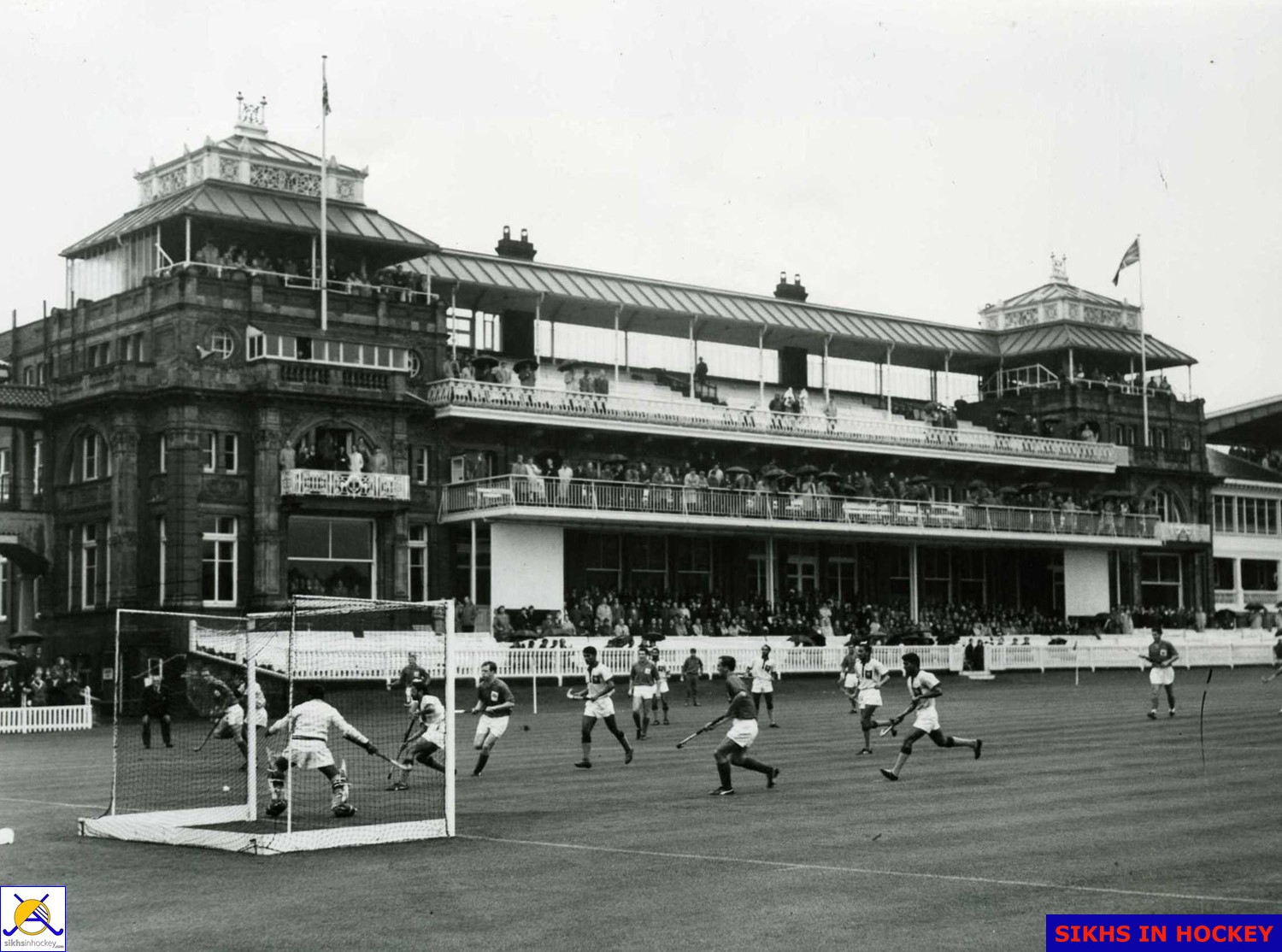 Timothy Lawson from Tulse Hill gave Great Britain the lead after 16 minutes, thus becoming the first man to score an international goal at Lord’s. Jerry Barcham of Dulwich increased the lead to put Britain 2 – 0 up at half time.

Sikhs score goals in the first international at Lord’s.

Inder Singh, India’s inside left scored within three minutes of the start of the second half and minutes later Harbinder Singh, India’s centre forward and Tokyo 1964 Gold medallist levelled the scores.  Victor John Peter scored the winning goal for India.

This was, however, not the first international goal scored by a Sikh in England. This honour went to Balbir Singh Dosanjh (senior) who scored the first of his six goals in the match against Argentina at Guinness Sports Ground at Park Royal on 4 August 1948 during the London 1948 Olympic Games.

The 30-match programme of the 12 Nation six-day tournament format was that each country plays five matches each. This meant that not all the countries played each other. A total of 12 matches were played at Lord’s. India played three of her five matches at Lord’s.

India returned to Lord’s for the match against Australia on 19 October. India had played all their matches with the same 11 players. 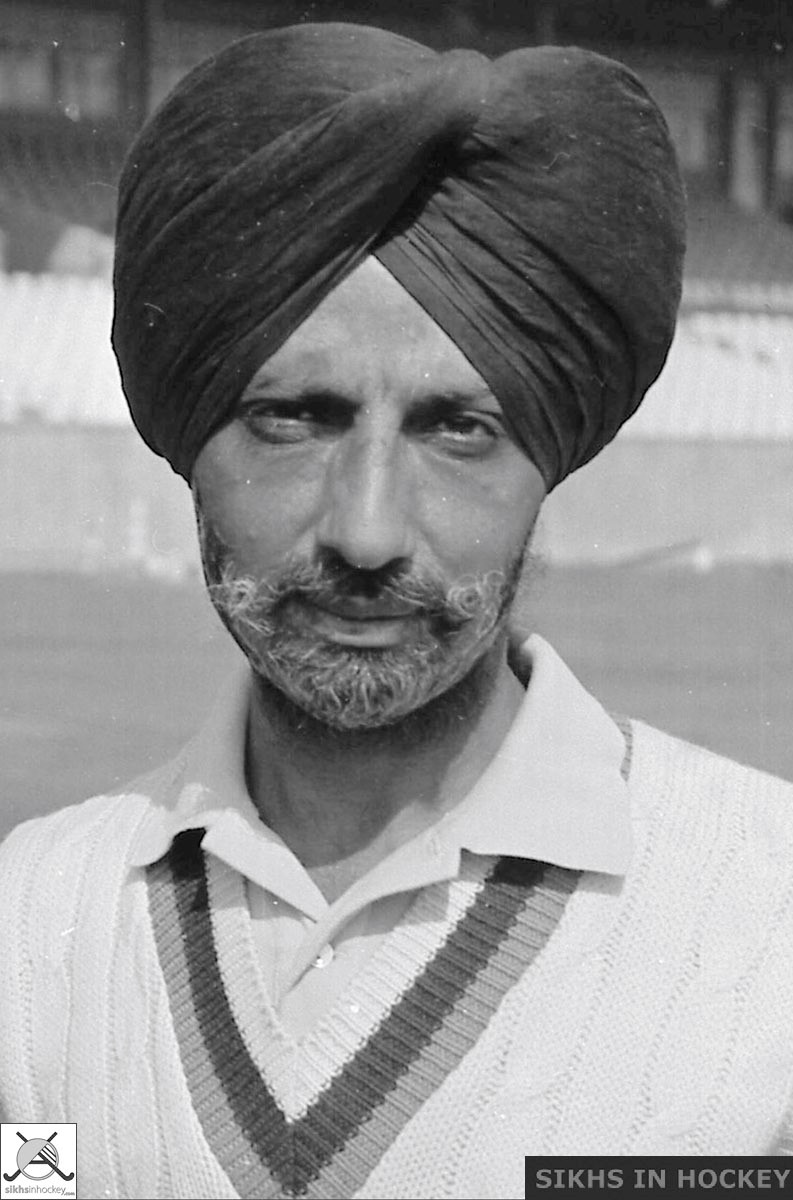 David Wiggins reported in The Times on India’s two goals as follows: “The first goal was engineered by Joginder and scored by Harbinder from Inder’s pass from a beautifully judged overhead scoop. Eight minutes after half time Harbinder collected a superbly judged pass from Balbir, he ran half the length of the field, fainting, swerving and dummying his way past a cluster of defenders to put India 2 goals up.”

India’s last match of the tournament was against Pakistan on Saturday 21 October 1967. A crowd of 14,000 which was the biggest at any hockey match in England since the final of the London 1948 Olympic Games at Wembley. This match, which was televised live in the sub-continent, was the eighth meeting between the two giants of hockey. – India having won three, drawn two and lost two. Their last encounter was at the Asian Games Final in Bangkok on 19 December 1966 which India won 1 – 0. 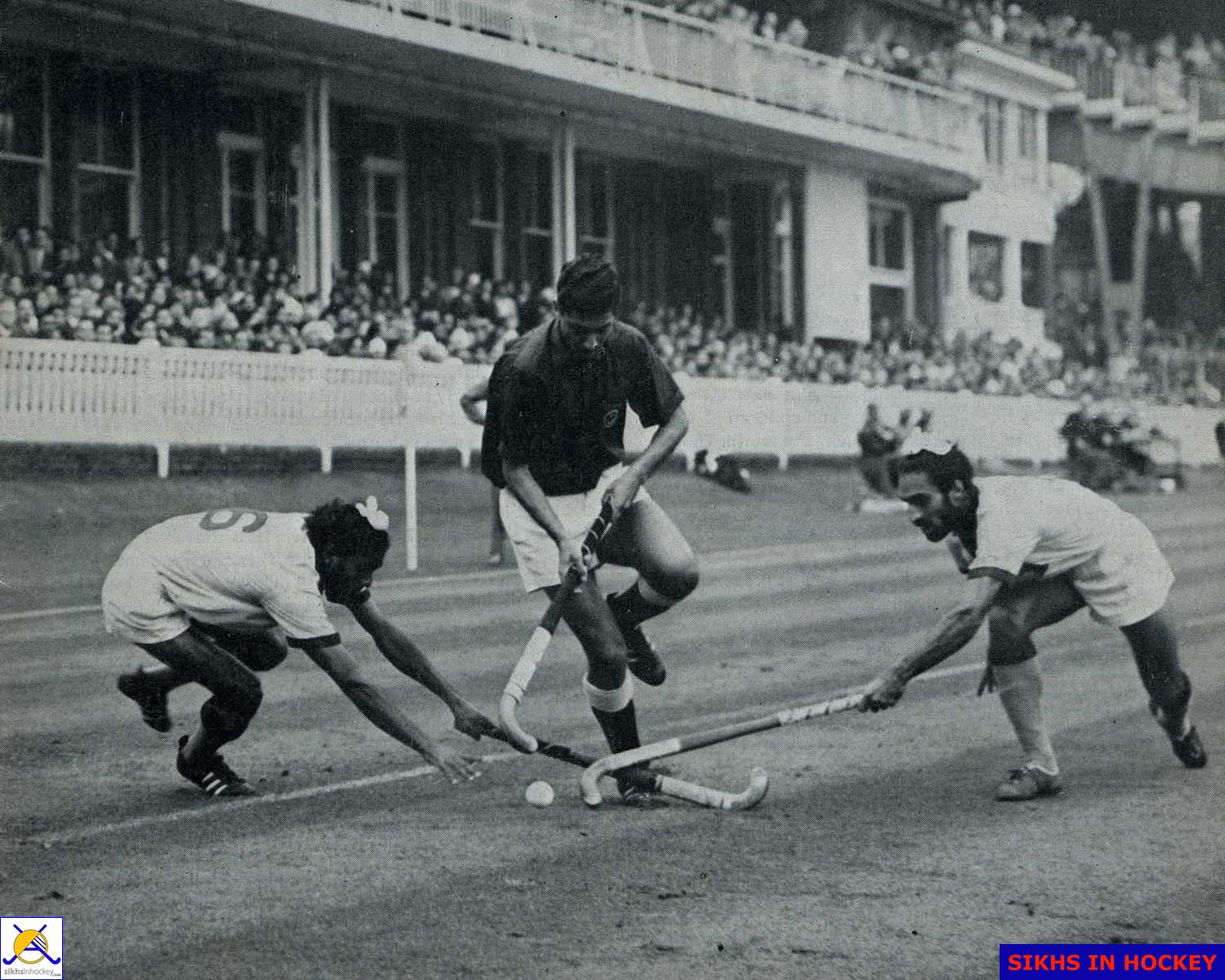 The match proved to be a classic with the crowds cheering every move.

When Pakistan scored the only goal of the match, the pitch was invaded by the excited Pakistan fans. The pitch was also invaded at the final whistle.

A short two minutes British Pathe clip of the match can be found on this link:

India and The London Hockey Club Teams at Surbiton in 1966

Following the success of the 1967 tournament, England Hockey Association played host to four nations international matches at Lords in March from 1969 to 1980. These matches were the showpiece of the English Hockey season.

England, Ireland, West Germany and Spain were the four teams that played in the international hockey festival in 1974, sponsored by Guinness. The first match, England against West Germany, the Olympic Champions and holders of the European Cup was played at Lord’s on 23 March 1974.

First Sikh to play for England 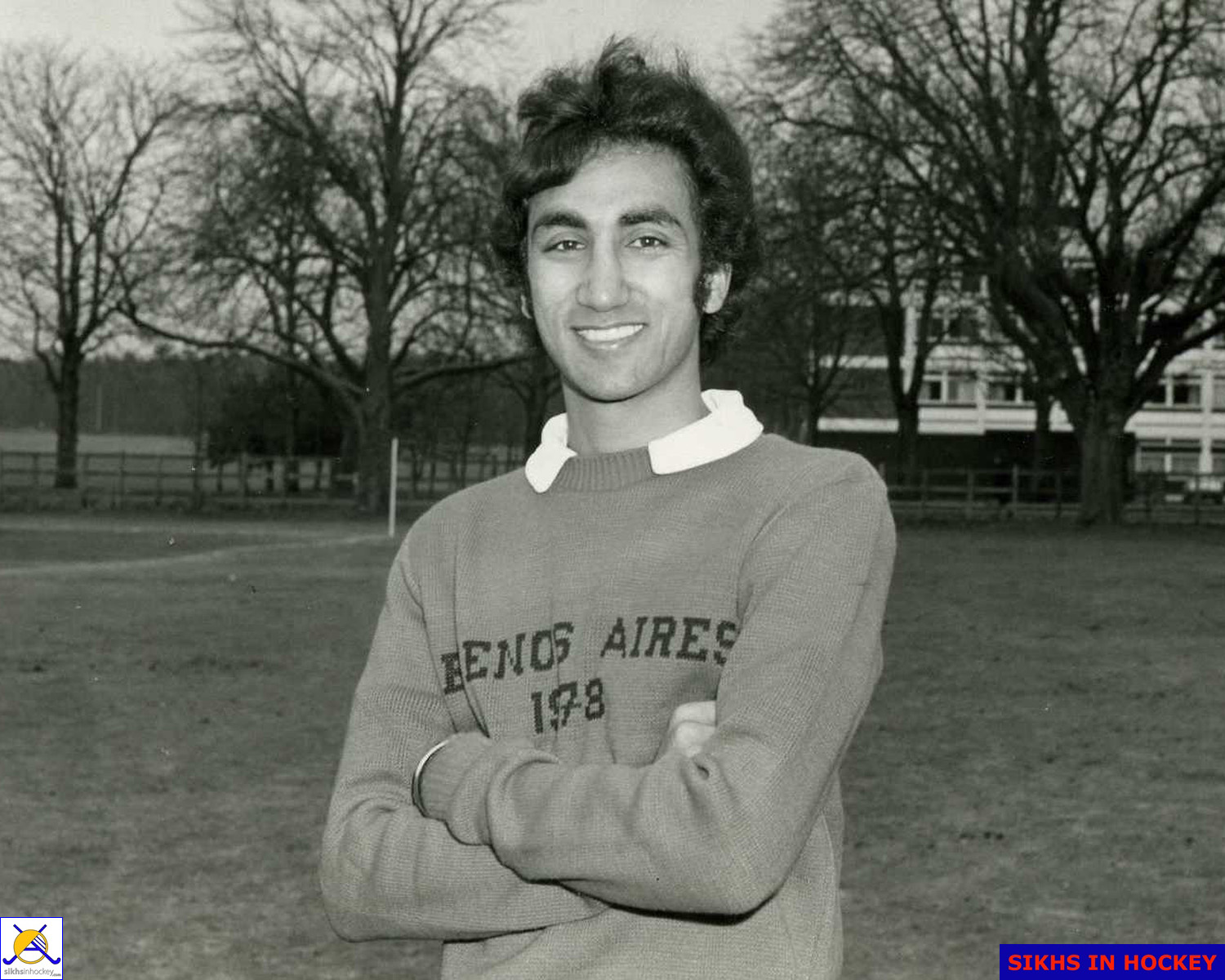 The first Sikh to play in an international match in England, however, was Tarlochan Singh Bawa of India who represented India against Austria at Lloyds Bank Sports Club in Sudbury on 31 July 1948 during the London 1948 Olympic Games. Three Sikhs, Balbir Singh Dosanjh (senior), Tarlochan Singh Bawa and Grahandan ‘Nandy’ Singh were in India team at London 1948 Olympic Games.

The first known Sikh to play hockey in England is Hardit Singh Malik who played for Eastbourne College, Sussex in 1910.

The first match of the 1977 international hockey festival at Lord’s was England against West Germany on 12 March 1977.

First Sikh to score a goal for England 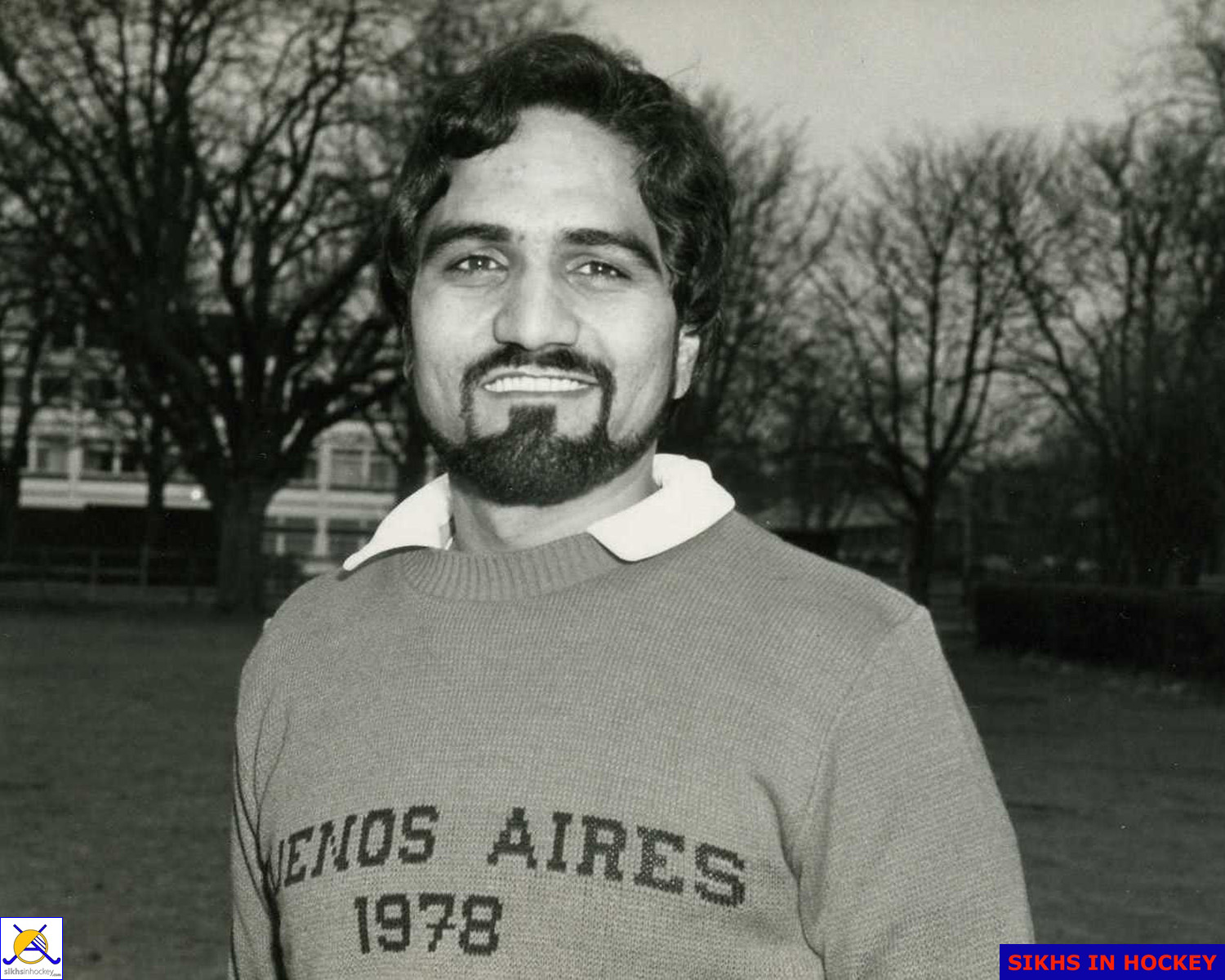 Balwant Singh Saini
Balwant celebrated his debut with a brilliant solo goal in the 22nd minute to give England the lead. England led 2 – 1 at half time but West Germany came back strongly in the second half to win 3 – 4.

Balwant (Bal) Singh Saini’s goal in this match was the first international goal scored by a Sikh player for England. The match was shown live on BBC 1 and the goal can be viewed via the below link.

Balwant went on to play 18 times for England. He also earned 18 caps with the England indoors team. He represented England at Buenos Aires 1978 World Cup.
This was the first time two Sikh players, both Kenyan born and from Slough Hockey Club, played for England in the same match.

The annual international festival at Lord’s in 1978, sponsored by Rank Xerox, was held at Lord’s on the 11th and 12th March. England, India, Scotland and Australia were the four-teams competing.

The tournament started with a game between England and India on Saturday 11 March. The match was televised by BBC 1.

Both teams were preparing for the World Cup hockey tournament in Buenos Aires a week later. India beat England 2 – 1 in the third World Cup in Kuala Lumper in March 1975 and that was the only meeting between the countries.

Great Britain had played against India 19 times since the Final of the London 1948 Olympic Games but never beaten them.

Ashok Kumar, India’s Captain gave his side the lead at half time but two quick goals, a penalty corner by Steve Long and a penalty stroke by David Whitaker, within a space of five minutes midway through the second half put England in the lead which they maintained.

This victory was the first by a National team from United Kingdom over India. The England team’s centre forward in that match was Balwant (Bal) Singh Saini. Sutinder (Suti) Singh Khehar, England’s established midfield player had suffered a fractured jaw at the indoor club championships at Crystal Palace the week before and was therefore not fit for this game. India had four Sikh players in their team.

First Sikh to umpire a hockey match at Lords. 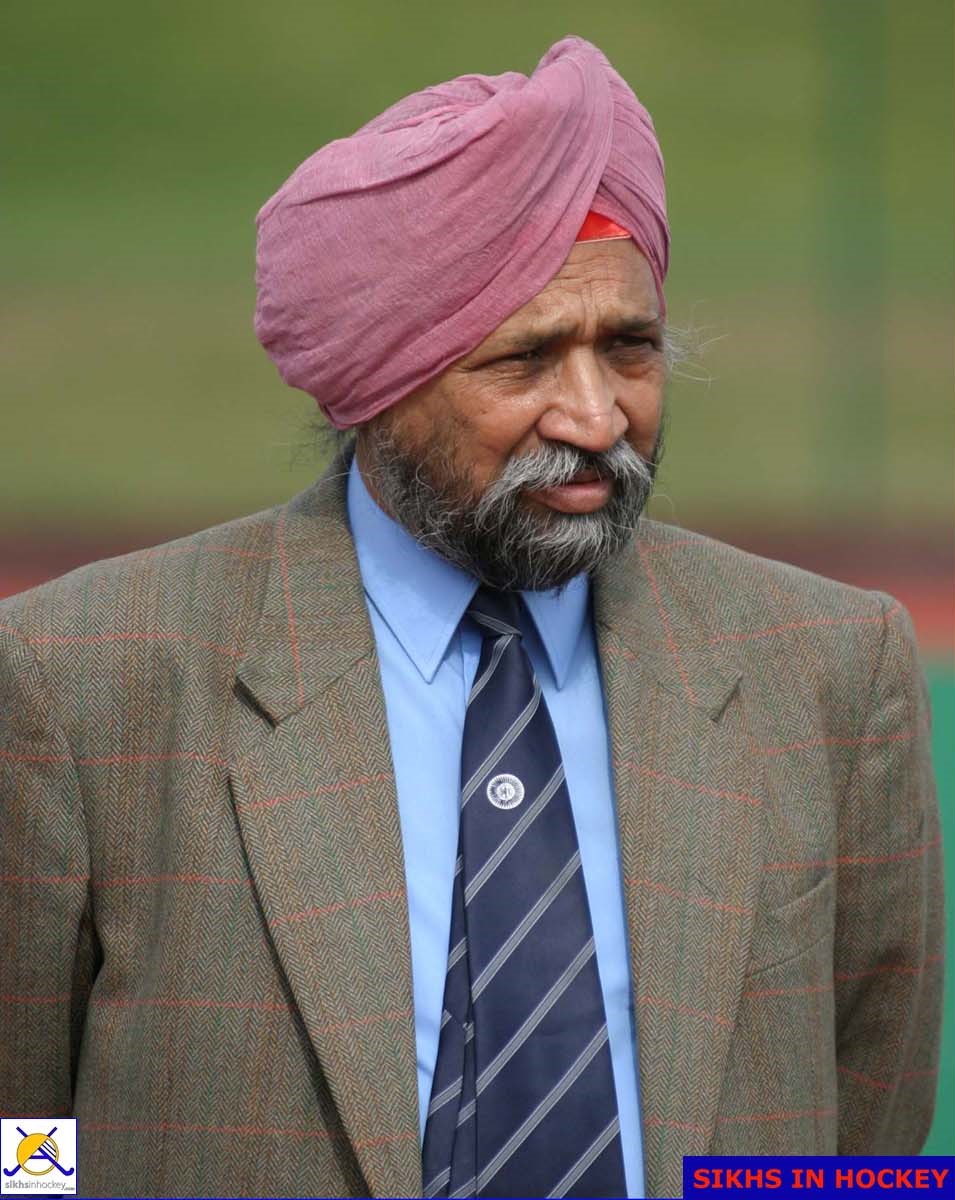 The annual University match between Oxford and Cambridge was also played at Lord’s from 1969 – 1989.

Bawa Singh, an international umpire on the English Hockey circuit and a member of Midlands Counties Hockey Umpires Association, umpired the 1981 match on 23 February 1981.
Bawa Singh also umpired the 1985 encounter. He is the only known Sikh umpire to have officiated at Lord’s. 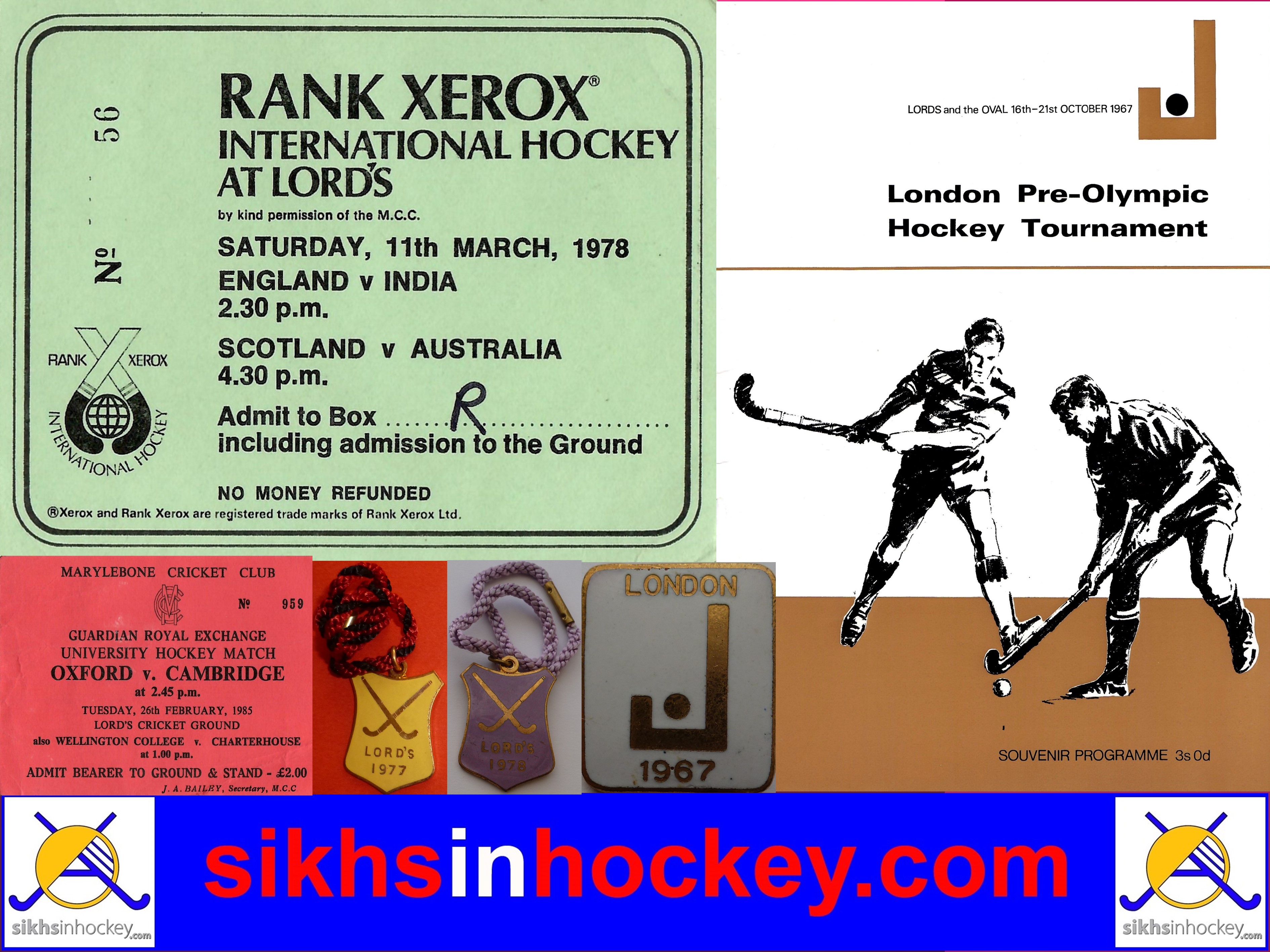